Imam Jamil, Give Us Some Information and We’ll Let You Go

The Conviction Integrity Unit recently visited the Imam at the Penitentiary in Tucson. Certain details have been made scarce, however, during the visit, government agents accompanied the unit to make an offer to the Imam. The offer was, give them information, and they would let the Imam go. His reply was that he was gone awhile, so he had no information for them.

The Confession, will it be Televised?

October 4th, 2022, saw a rally in front of the CNN building in Atlanta. The call was for CNN and corporate media in general to air the confession of Otis Jackson, the one who committed the well known shootout. The rally saw a fair turnout and outreach, some police intimidation, and a “promise” from employees at CNN that the confession will be aired. The days leading up the rally, reports were heard that CNN was trying to gain access to interview Otis Jackson in person.

Let the Movement Go Forth

The New Darul Islam Movement has gone international and is now in Africa. Coming in 2023, the Movement once again sponsors the Riyadah, this time to be in New York right after Eidul Adha. Also sponsored by the Movement, the much awaited Boys Camp, coming to William Umstead state park, Raleigh, NC, on Jul 3rd to Jul 9th.

Read More in the Full PDF. 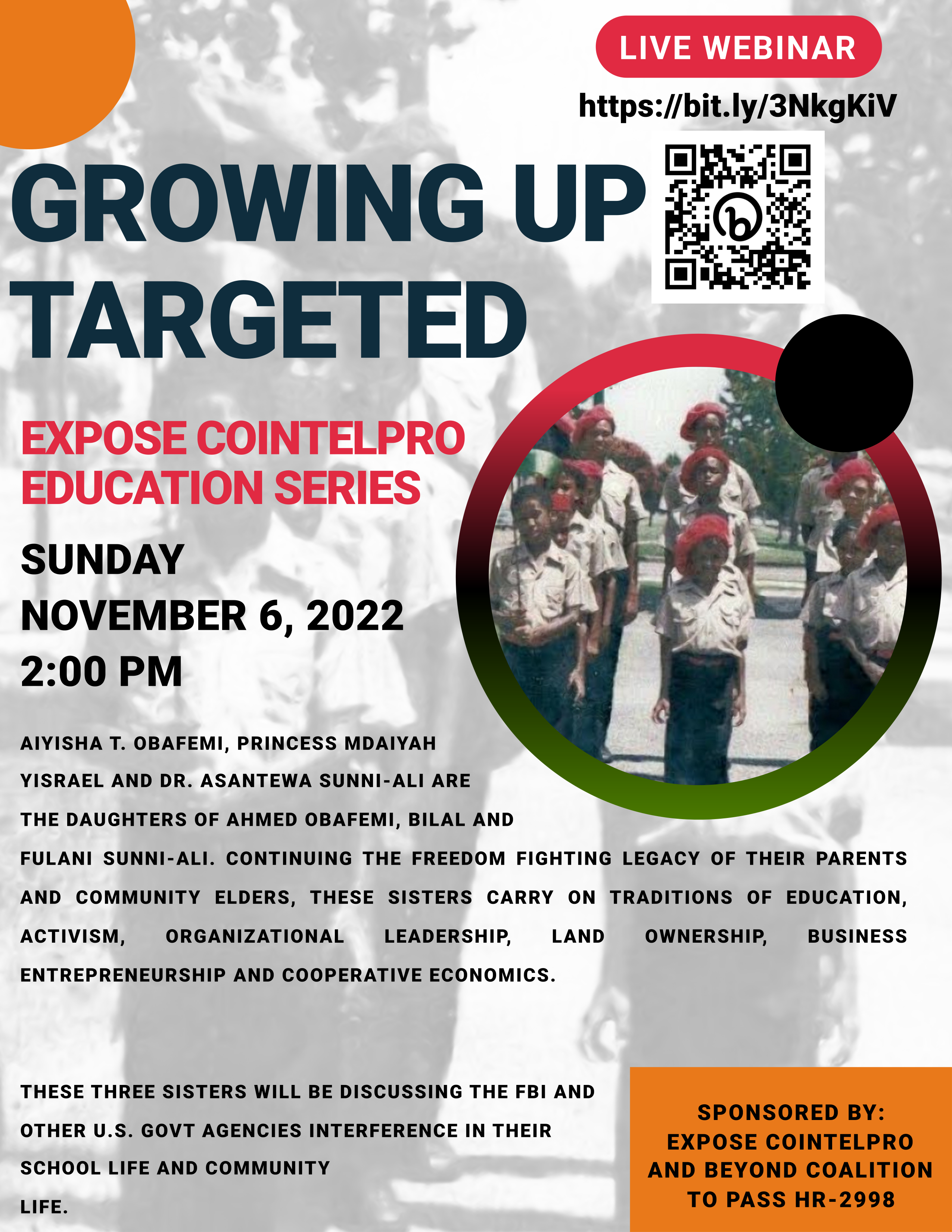 The FBI’s COINTELPRO remains one of the darkest chapters in our nation’s history. For decades, the FBI carried out covert actions and dirty tricks against social movements. COINTELPRO (Counter Intelligence Program) included among the program’s many targets, organizations such as the Southern Christian Leadership Conference, the anti-Vietnam War movement, and individuals such as Martin Luther King, Jr, as well as local, state, and federal elected officials.

There’s a bill in Congress that will open up the FBI’s files.  HR 2998 would require full, public release of the FBI’s COINTELPRO files. This historic bill is an important step to reconciling with the FBI’s continued legacy of undemocratic abuses of power.

Please help us make history and expose FBI dirty tricks. Please write your member of Congress today to ask them to support this bill and to support efforts to broaden it to cover the full scope of FBI files.

Follow the read more link for sample scripts from which you can adapt your emails and phone calls to Congressional offices.

Write and Call Congress,
Use this Tool to do so Now

On August 10, 2020 at 11AM, the Georgia chapter of the Council on American-Islamic Relations (CAIR-Georgia), the Imam Jamil Action Network (IJAN), and the Islamic Circle of North America (ICNA), and other community advocates, with host a press conference outside the Fulton County Courthouse. The purpose of the press conference is to call for each Fulton County District Attorney candidate to commit to reopening Imam Jamil Al-Amin’s (H. Rap Brown) case.

14 More Things You can Do for Imam Jamil Al-Amin

14 More Things You can Do for Imam Jamil Al-Amin

There are several ways you can work for Imam Jamil's freedom and dignity, whether you are an individual or a group of people. The most important thing is to try to do what each of us can consistently. Here is a list of ideas: